When did you order yours? 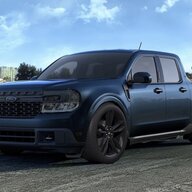 What did you ask? What do I need aside from order number?

Hybrid xlt lux ordered 7/21. No build date yet. Be surprised if it’s even built before the one year anniversary let alone delivered.

Ordered my velocity blue xlt with lux and tonneau (supposed to have spray in, but they subsituted dropin without telling me)on 6-21-2021 built the week of 4-4-22, shipped monday of this week. Soooooo Close 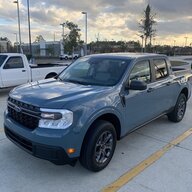 Ordered June 14th and picked up on January 12th. In between I knocked off the folding tonneau, SIBL, and the floor mats as they were constrained items and I needed it built as soon as it could be.

Bought the floor mats with my points and purchased the folding tonneau from Rough Country. I'll get a Line-X or Rhino sprayed in later this year.

altoblue said:
For those of you that have a Hybrid Maverick in your possession… when did you order it? When was it in your driveway?
Click to expand...

My story about having the opportunity to own, not one, but two hybrid Maverick trucks is going to be much different than anyone elses.

I placed my order for a hybrid XLT with the Lux pkg and CP on 15 October. In my mind, and on my calendar, I gave Ford 3 months, which was 15 January. When I didn’t get a production date, I became proactive and started contacting all the Ford dealers in the Southeast as far as I was willing to travel to purchase one. I got a lot of “not available” and “I’ll put you on a waiting list”. On 22 January, I got lucky and found a VB XL with a trifold tonneau cover and spray in bed liner in Gastonia, NC. I did everything over the phone and internet, and flew up to Charlotte, and drove it home 546 miles.

I drove it and was very happy with it. I got the dreaded email about the constraints from Ford, then got the call from the sales manager where I ordered my Maverick from telling me about the constraint for CP360 and the lux pkg. I was told if I wanted to get previewed by the regional office, then he encouraged me to remove both packages. I stuck with my original order, and was told my Maverick possibly could be rolled over to a ‘23 model.

A week after that conversation, I got a call from the salesman at the same Ford dealer that I ordered my Maverick from. They had a customer that canceled their order and the truck had just rolled off the semi. He said the first one to arrive, will have first opportunity to buy. It was a hybrid XLT with the Lux pkg in VB, but no CP. God was on my side. I didn’t hit any red lights and was the first one to arrive. I bought it, and this one is a keeper. I gave up my original order.

And as a follow up, I got a few phone calls and a text from three different Ford dealers that had hybrid Mavericks available. One was an XL. Two were XLT’s, one in white and the other one in black. One was production that a customer canceled. 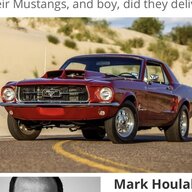 altoblue said:
What did you ask? What do I need aside from order number?
Click to expand...

altoblue said:
For those of you that have a Hybrid Maverick in your possession… when did you order it? When was it in your driveway?
Click to expand...

Ordered XLT Hybrid Lux w 360 July 25. Changed order to Lariat Hybrid non-Lux w only 360 Sept 20. Until Ford memo to dealers about constrained builds, no one told me changing trim level would change order date for purposes of production scheduling. When first talked to Maverick marketing team they told me order date was July 25.

Called Maverick marketing team in April. Said I got VIN and production scheduled week of May 9. Said order date was Sept 20. No one warned me about change in order date. If production date does not slip, should take delivery in mid June. So about at least 11 months from original order to delivery. Who can beat that?!
You must log in or register to reply here.
Share:
Facebook Twitter Reddit Email Link

Confirmation of Ordered Date - when did you receive yours?
2 3

Did you receive notification when order is submitted by dealer?

When did you receive VIN number?

When did your order show on ford.com?
2

Did you know when you would get it delivered
2