Suprise review! How the Maverick holds up to a T-Bone accident! Edited 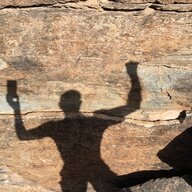 STARCOMMTREY1 said:
Airbags deployed immediately. My 6 year old was slammed into hers. Trucks 911 assist called 911 like it was supposed to. We walked away a little battered but OK. Truck also called the emergency contacts I put in it.

Guy ran the light and slammed us at high speed.


Also, addiction is posting a Tbone review while IN THE ER.......which I did.

But this truck did impress. He hit me so hard he nearly knocked me out of the intersection. I was coming from that road closed sign. The hit swung me 90 degrees and damn near off the road. I was rolling in electric mode maybe 20 mph so I would hit the next light perfectly. He ended up past my truck. It hit so hard the rear door clipped his car as he was passing. And this is a shitbox 90s escort station wagon. Crushed the front end of his car. Radiator fluid and it looked like oil everywhere. I will definitely get another Maverick. I would say the shitbox was the driver of that other car.
Advertisement 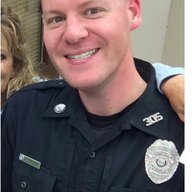 Vehicle(s)
Soon to be Maverick XLT

STARCOMMTREY1 said:
Well I'm in a greenlight/greenlight situation.
He is claiming I ran the red. Today I pulled up my tracking system and took it to the officer showing I was driving less than 25 mph. My truck was also taking the entire intersection up. That leaves two explanations. Either he saw me and hit me on purpose (he never touched his brakes. Zero skid marks from him. ) which is a huge screw up for him anyhow or he never saw my bright white truck in the intersection. If he never saw me then he never saw the light. Now I proved I was not blowing through the intersection but CRAWLING through it and was almost all the way through it.
Click to expand...


Yep I agree, he is def the one at fault from the sounds of it. I'm actually thinking about getting a camera for my front windshield.
OP
OP 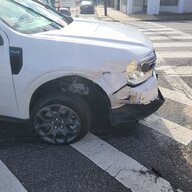 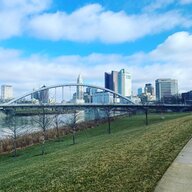 You definitely should. I have one in my current car and am debating getting one with a rear camera option for the Maverick 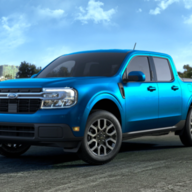 I once watched a GT Mustang come down the a sloped driveway of a dealership, proceed through his green light and watched him get t-boned. Brand new stang was totaled with 20 miles on it. Glad everyone is ok. 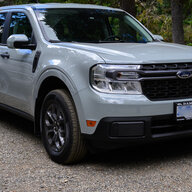 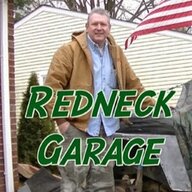 Caught this on my Promaster work van dash cam - gave footage to Police for their investigation. Driver said "brakes failed" uh huh as he tried to take turn at 40 mph The asphalt pored into an open convertible driven by an 80 year old - he got some leg burns but was OK overall.

I take your maverick is repairable. Glad both of you are OK

Don't know of any 6 year old that can fit in a rear facing car seat!!!! Why are you even questioning that!?

Glad you guys made it out alright. Not more importantly, you now have a source of spare parts! 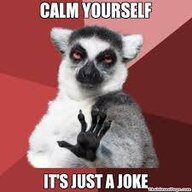 STARCOMMTREY1 said:
Gotta make sure they mark him at fault to. Right now it's still technically he said she said. It's obvious from the crash what happened but you never know.
Click to expand...

I got rear ended in San Antonio by a drunk hispanic. HIspanic cop tried to write it up as unable to determine fault. I made him change it right there on the spot. After that, he still let the (obviously) intoxicated individual drive away. He seemed shocked when I told him he better hope that driver doesn't end up killing someone later, as he would be just as guilty by letting him drive away in that condition. Drunks insurance did end up paying for everything, including rental for two weeks. Only real damage was the rear bumper was bent into the back corner. Easy repair, but new bumper was around $1000.
Area 51 XLT Hybrid w/Lux
Ordered 6 Jul
No build date yet

Billybob said:
I take your maverick is repairable. Glad both of you are OK
Click to expand... 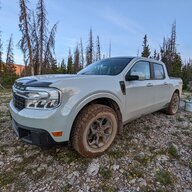 Mazie59 said:
Don't know of any 6 year old that can fit in a rear facing car seat!!!! Why are you even questioning that!?
Click to expand...

Was wondering if in a car seat or booster- And calm the F down by the way.
Ordered Hot Pepper Red 2.0L/AWD/LUX/XLT 8-30-2021
Changed to Lariat/LUX/ Trim-Cactus Grey/October 2021

I am so glad you are both ok. Thank you for posting. I still do not have our truck. Being built this week(hope) reading this makes me feel better about its safety.
Advertisement
You must log in or register to reply here.
Share:
Facebook Twitter Reddit Email Link

The Mustang of the 21st Century - Cars.com Maverick Review