onetequilatwo said:
It's a secret, but the speculation based on some saying some orders are cancelled and 120-130k net orders. Last week was the last time saw the highest VIN number posted had a production number portion of the VIN as B00867 so by know could be at 102k and possibly around 10-13k more to get built in Sept and Oct, which will leave about 10-15k rolled over. So perhaps 10%, maybe less or maybe a little more but we don't have the number of good orders. Some orders never had a ROVP done. All speculation or educated guesses.
Click to expand... 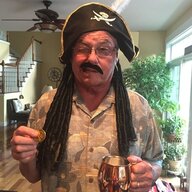 Order confirmed and no further communication.