If Not Maverick What Vehicle Would You Have Bought?

Was wanting to get down to 1 vehicle as I retire. Save some cash on only one insured.
Click to expand...

Your existing combo is awesome but replacing it with a hybrid Mav is even better.
Advertisement 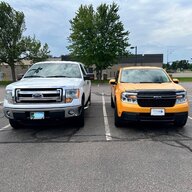 None. I'd continue on with the ol' F150 until it dies. Nearly 300k on it now and it hasn't skipped a beat.
Cyber Orange Hybrid XLT with Lux pkg, Co-Pilot 360, floor trays, and super-long waiting package. Ordered 06/29

Was wanting to get down to 1 vehicle as I retire. Save some cash on only one insured.
Click to expand...

First off the Prius V is a fantastic car and I’m actually surprised that it isn’t more popular. It has more space and better rear sight lines than the regular Prius. I also had a rusty 1999 Ranger 4x4. 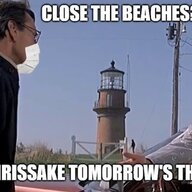 I originally tried to order a 2021 base model Honda Ridgeline, but my auto broker told me that the wait time was at least 6 months and probably longer.
I found a lariat Maverick locally for MSRP and couldn't be happier.
OP
OP

Deacon Blues said:
I originally tried to order a 2021 base model Honda Ridgeline, but my auto broker told me that the wait time was at least 6 months and probably longer.
I found a lariat Maverick locally for MSRP and couldn't be happier.
Click to expand...

I’ve been eyeing the passport but impossible to get.

Retiredguy said:
I did not look at any other vehicles. I only wanted a Maverick.
Click to expand... 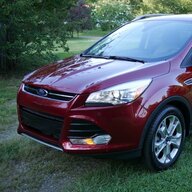 This Maverick will my first vehicle purchase primarily because I want it rather than because I need to replace an older vehicle that is basically worn out.

I wasn't looking to buy another vehicle when the Maverick was introduced. My 2015 Escape only has 43000 miles on it.
Currently driving a 2015 Ford Escape Titanium
Ordered an XLT 2.0 Maverick with Ford Co-Pilot 360, Full-size spare, & Trailer Hitch Receiver on January 7, 2022 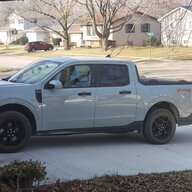 NorthShoreMaverick said:
When Maverick came out I knew I had to order one. I did just that on June 19th shortly after orders opened. Still no Maverick in my driveway.

Before Maverick I was considering SUVs like the Honda Passport, Jeep Grand Cherokee, Ford Bronco Sport and Ford Explorer. Which I may have to revisit if we have any more delays.

What vehicle were you considering before the Maverick came on the scene and what vehicles do you recommend in these difficult times?
Click to expand... 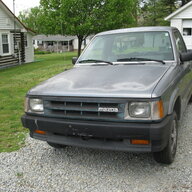 I just ordered my Maverick XLT AWD so I won't be driving it for a while.

My other major choice was a Kia Sorento Hybrid. I considered the Hyundai Santa Cruz but I just didn't like the styling and the non-turbo engine was less appealing than the 2.0 EcoBoost in the Maverick. The turbo Santa Cruz was more than I wanted to spend.

We have had really good luck with Kias in my household. My oldest son is still driving the 2011 Soul Base we bought new that year for my wife. It is approaching 180k miles and has only had a couple of very minor problems. My wife got a 2013 Soul Plus the end of 2013 and we sold the 2011 Soul to her mother. Her mother got a new car in 2018 and sold the 2011 Soul to our oldest. It has made the rounds.

We replaced my wife's 2013 Soul with a 2018 Sorento in early 2018. I started a job with the state in 2018 that included a take home car. I can't use it for anything but work, but it means I don't need a vehicle to commute. We made due with just the Sorento and a 2009 Kia Rondo I inherited from my mother until the end of 2020. Then we traded the Rondo on a 2021 Kia Soul X-Line for my wife and for about a year we had her Soul and the Sorento. We sold the Sorento at the end of November for more than we paid for it new. I just ordered the Maverick and we are going to try and make due with just her Soul and my state car until the Maverick order arrives.

I probably should have just kept the Sorento, it was paid off, but I just couldn't pass up selling a nearly four year old car for more than I paid for it new. Plus, it gave me the excuse to get a new car and I get the new car bug every 3-5 years and have to get something. I'm hoping that by the time I have the bug again there will be a AWD Hybrid Maverick.
"The Engine could still smile...it seemed to scare them." -Felix

jewc75 said:
Im not replacing anything, im adding it to the stable. Ive missed the days of when i was much younger and had a Mazda B2200. The Maverick will be by updated version of a mini truck.
Click to expand...

Right there with you. The first vehicle I ever purchased new (as opposed to used) was a 1992 Mitsubishi Mighty Max. It cost all of $7000 and included as options: Air conditioning, steel wheel rings, an AM/FM radio, and five, count 'em five, forward gears. Later I owned a 1994 Ford Ranger I bought used, a 1992 Mazda B2200 I bought used to replace the Ranger (see avatar), and a 2005 Dodge Dakota 4x4. I keep having pickups as "spare vehicles" but haven't owned one as my primary car since the Mighty Max. I'm excited to have a truck that I can also count on as a family and trip vehicle. I do miss my B2200 though, I traded it as payment for a roof on my house.
"The Engine could still smile...it seemed to scare them." -Felix

What would you buy/lease, if the Maverick didn't exist?
3 4 5

What vehicle should I buy?

Times you have treated your car like a truck…
2