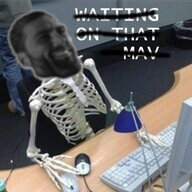 My hybrid (lariat lux) build scheduled for 9/13 has been stuck on "In Production" like all the other hybrids that have had build dates come and go. I called the Ford 1-800 number this morning (9/27) to try to glean some more information about the status since the tracker isn't showing it 'built' after two weeks. I understand it doesn't have OKTB for sale without official EPA MPG numbers, but I was curious to confirm if it actually made it off the line.

This just in: Repeatedly hitting "refresh" on the Ford Tracker will NOT make your status change to "Built"
2

Status went backwards from In Production to Confirmed

Scheduled for Production but order status only shows order confirmed?