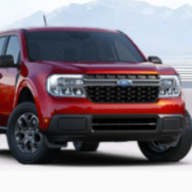 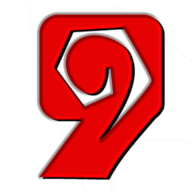 As I posted in another thread: you can't judge the reliability of a one-year-old car. 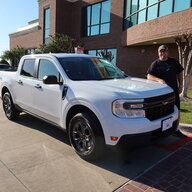 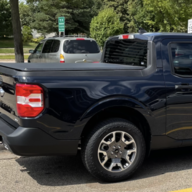 What were the total numbers of returned surveys by model? I don't have a CR subscription so I can't look it up. It's kind of important to know that before you jump to conclusions.
Ordered October 2021, delivered March 2022
XLT Eco FX4, Alto Blue
Soft tonneau, SIBL, CoPilot 360
235/65 R17 A/T TIRES on 17" "Unique" Aluminum Wheels

I like this one: "The advocacy organization Consumer Reports said that its latest Annual Auto Reliability data also shows that electric vehicles and full-size pickup trucks are the two most troublesome categories." 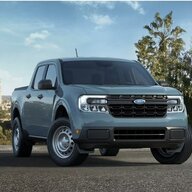 Vehicle(s)
Still not a Maverick

By the time those first Escapes taxi into the sunset, they'll have put in enough extra shifts to take early retirement after just 3 ½ years, with as much as 350,000 miles on them and no major problems. Keep in mind, this is duty that can include 13,000 brake applications per shift, and as many as 750,000 total throttle applications and 225,000 rear door openings and closings during the life of a cab.

MST3k said:
What were the total numbers of returned surveys by model? I don't have a CR subscription so I can't look it up. It's kind of important to know that before you jump to conclusions.
Click to expand...

Who said anything about conclusions? mamboman777 said:
Who said anything about conclusions?

MST3k said:
The conclusion implied by CR that hybrids are more reliable, based on their surveys.
Click to expand... 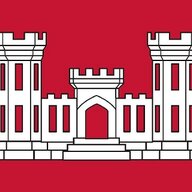 I personally think hybrid owners are typically more proactive with car care and maintenance. I think it's just the personality type that tends to be drawn to hybrid and electric vehicles. I would have thought the Hybrid Maverick would be far more reliable than the ecoboost but to this point I think the hybrids have been far more problematic than ecoboost Mavericks due to the harness issues and low speed braking issues. Overall I think the Hybrid powertrain IS far more reliable than the ecoboost but I think the factory has some things to sort out when it comes to the Hybrid and their supply vendors.
2022 Maverick XL Ecoboost AWD 4K Tow, CP360 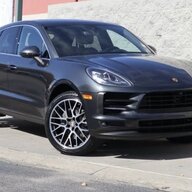 MLowe05 said:
That hybrids are more reliable should come as a surprise to no one. The Toyota Prius has been proving this for two decades.
Click to expand...

Assumption...Toyota's have been reliable for years and they are not all Hybrids. When talking about other manufacturer's the same cannot be said for manufacturer's that have been building them for years like the Honda Insight. That vehicle has had to be re-invented several times since it never was a great car. I have a Jeep Liberty that we use down at the farm for work it's over 20 years old and the only work thats been done on it was power window motors replaced besides regular maintenance...and I wouldn't consider jeeps as the most reliable vehicles on the road.
Sponsored
You must log in or register to reply here.
Share:
Facebook Twitter Reddit Email Link

Oct 10, 2021
Yardtruck
Thinking ahead -- Are the batteries in the hybrid consumer replaceable?
2 3 4

How to get more MPG from hybrid Maverick?
2 3 4